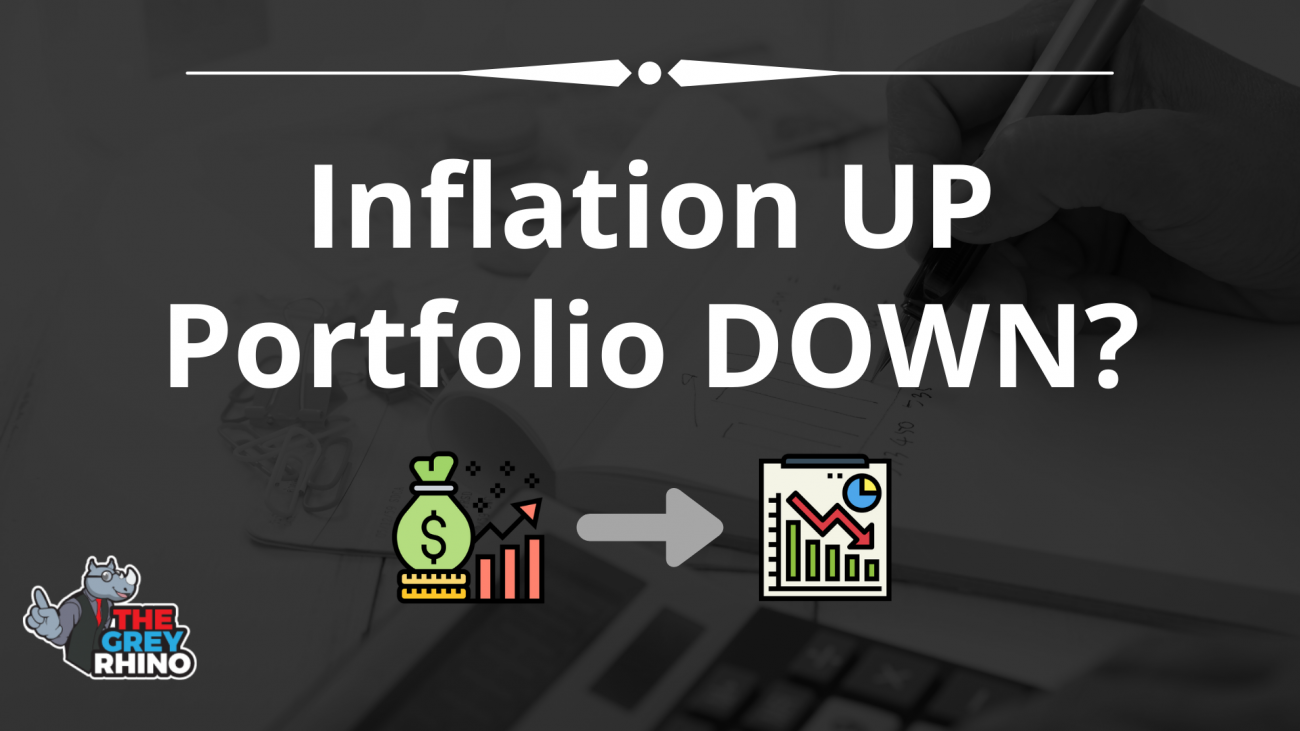 How will inflation affect the stocks you choose and their value?

*If you want to learn more about the other factors; economic growth, liquidity, and interest rate, feel free to click on their attached links.

So, let us dive right in!

Inflation is going to be the most important and impactful factor in 2021.

Inflation is going to pick up later in the year, matching the economy’s own growth and resulting in the rising interest rates. This prediction is already happening in countries where their interest rate is increasing faster than their inflation.

The lowest point of the 10 years treasury occurred in August 2020, and the coupon rate[1] was around 0.5%. However, coming into 2021, it raised to 0.9% and is now at 1.6%. This figure might seem low; however, we must understand that relative to the starting range of 0.5%-0.9% the increase was quite substantial. In this case, the bond market acts as a great predictor of inflation and the direction of the economy. And this observation is evidence that inflation has started to increase rapidly and will continue to do so as the economy picks up.

Armed with this evidence, we must then ask ourselves how this will affect our asset prices. Generally, it will affect our stocks differently depending on the type of stocks we hold.

They will be affected the most as they tend to be most impacted by rising interest rates. NASDAQ, an index which holds more than 3,000 stocks of the world’s leading technology and biotech companies, is a good representation of structural growth companies.

NASDAQ has declined by 11% since the middle of February until now. Although the decrease does not seem that substantial, we must remember that this is merely at an index level. If we were to dig deeper into some of the smaller companies on the index, we realise that the decline is much larger. For example, Nio, an electric car company listed on NASDAQ, has seen a 50% decrease in stock price.

However, if we were to dive even deeper, speculative companies that are not making profit or revenue will take the biggest hit even though they are part of the “growth” type companies.

These companies tend to have relatively stable earnings and profit during both an economic downturn and upturn.

Singapore REITS is an example of a collection of such companies. The index, with a substantial collection of stocks from these types of companies, has only declined by 8% since January until now.

What happens to inflation next?

The interest rates have already started to pick up substantially. As such, a higher growth and higher inflation is likely to occur as we proceed further into the year even though we have yet to see much change.

This is expected because demand is likely to pickup once the there is a successful vaccination roll out and people start using their USD$1.9 trillion fiscal stimulus in the US. However, the supply is unlikely to increase as flexibly as we have been in a lockdown, hence supply might take a little more time to catch up.

The imbalance between demand and supply will then cause the inflation to increase. Since there is an increasing demand, and somewhat stagnating supply, sellers will be able to push up the prices of the goods and services as people are willing to pay more for them. I predict that the inflation will increase to the high side of 2% (expected by US Federal Reserve) or perhaps even higher than that at 3% or more. This is likely to happen in the later part of the year and interest rate will be increasing before that.

How will it affect stocks?

Direction of stocks this year

Inflation will pick up and will probably go back down to the 10 year long plateau. This is supported by 2 factors: Demand and Productivity.

Wealthy nations are all having low fertility rates. As such, their population is rapidly declining and this leads to a simultaneous decline in consumption. It is then hard to sustain growth hence, there is lowered inflation as suppliers keep decreasing prices to match the decreasing demand while trying to increase profit.

Technological advancement has lowered the cost of production in the past 10 years. This then causes a deflationary effect on the inflation rate. There will eventually be a structural growth trend with a generally low inflation rate.

The investment opportunity this year

Many stocks will go through correction and volatility this year, especially in the growth sand defensive sector. It will be best if you were to take advantage of this possible opportunity as the rising interest rates and inflation will allow us to buy the stocks of such companies at an attractive price.

Additionally, if you are not keeping enough cash, I encourage you to make use of the temporary rally, like the one that occurred on 9th March. More cash will prepare you for when there is volatility, especially violent one, whereby you can then use the cash to buy stocks from structural growth and defensive companies.

This trend is bound to last the whole of 2021 and maybe early into next year, after which this will be less of an issue. While this opportunity is rare, I hope that you can utilise the time now to help you build your wealth.

[1] Coupon rate: It is the yield paid by the bond issuer annually relative to the par value (initial value the issuer promised to pay).

[2] Structural growth companies: They are innovative disruptors in their respective industries and grow much faster than their peers.