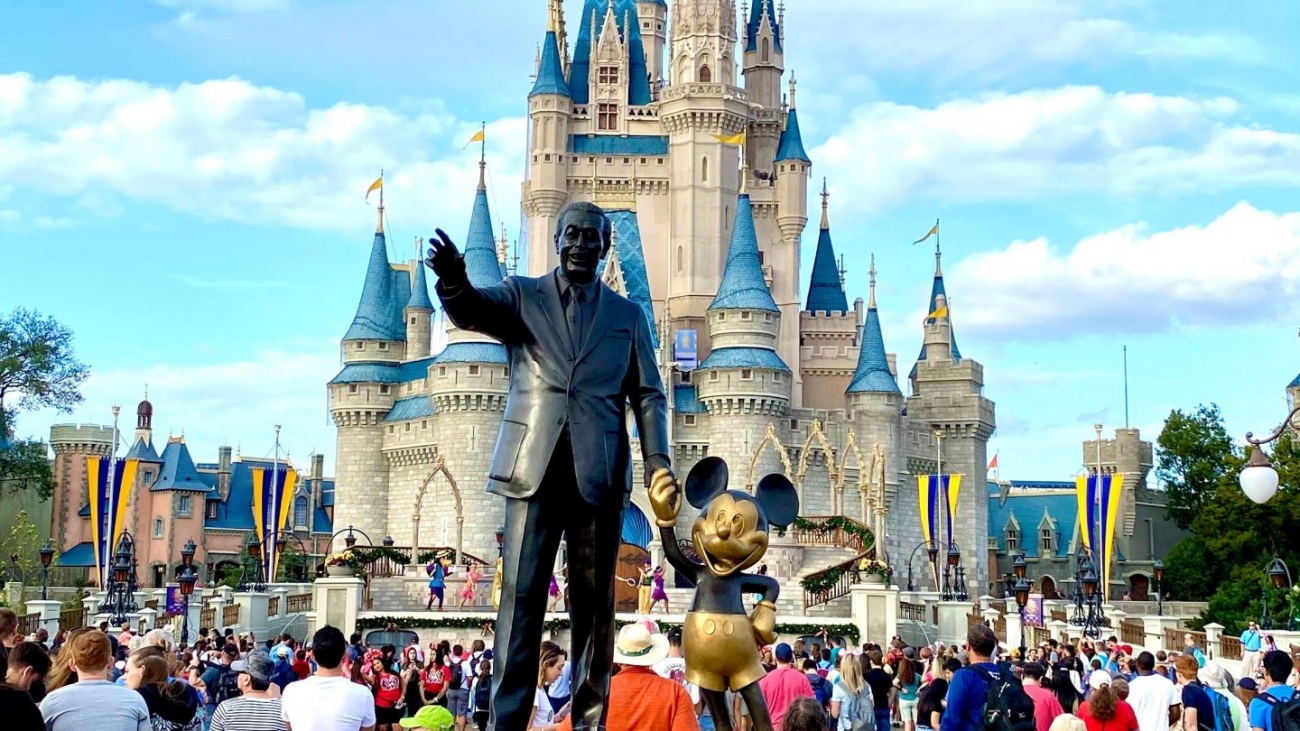 The Dow Jones Index consists of 30 of the most powerful companies in the US. Research has shown that historically, buying the Dow’s worst performing stocks has generated huge returns the following year. In 2021, that company was Disney, and its share price corrected by 40.5% last year.

So, will Disney be a star performer in 2022? Let’s evaluate Disney.

We will analyse Disney’s business, industry, competitive dynamics, risk, and valuation. I will also conclude by sharing if I will buy Disney’s stock myself (Yes, No, or Yeto).

An Overview of Disney’s Business

An Overview of Disney’s Industry

Linear Network is a declining business worldwide. Most people previously watched a lot of Cable TV. However, most of us have migrated to streaming and we watch Cable TV a lot less, choosing to surf the internet instead.

Additionally, this chart shows how Pay TV’s revenue has declined from 2016 to 2020.

However, Disney has been holding its ground very well. Its revenue has been very consistent and even saw growth. This is because Disney raised its price despite the falling number of subscribers. Hence, it managed to maintain its revenue.

Disney’s crown jewel of the future, DTC, is growing. As of 2021, Disney accounted for 25% of the market share. This is incredible given that Disney is a relative late comer in this industry.

Disney is dominant as the leader in the Theme Park industry. Disneyland’s revenue is also largely derived from the admission fees, sponsorships, parking, food and drinks, etc.

Moreover, Disney can monetise and harness its intellectual property within a powerful eco-system. For example, when Disney acquired Star Wars from Lucasfilm, created more Star Wars movies and series and built Star Wars attractions within Disneyland to attract more park goers. It also created Star Wars merchandise and uploaded the Star Wars movies onto Disney+ to attract more subscribers. This exemplifies how a single intellectual property can be monetised over many segments and create a lot of profit for Disney.

DTC is also a very attractive, fast growing, and recurrent subscription type of business. The companies who participate in DTC are going to have a very high valuation. However, when compared to other DTC’s, I think Disney has a better advantage. Other DTCs like Netflix build a lot of new and exciting content that could be a hit or a miss. However, once Disney creates a successful intellectual property, it can easily create more content as explained prior. Hence Disney has a lower risk way of creating successful content.

Additionally, Disney is powerful as it has the highest retention rate at around 80%.

Disney’s growth for other business segments

Disney’s Parks business and Linear Network business will experience a high single digit or a lower double digit’s kind of growth in my opinion. This is because Disney will be able to raise its price for Disney land every few years, allowing it to offset inflation and earn even more profit.

Overall Disney is going to be a reasonably fast-growing company.

Risks of Investing into Disney

There are 3 possible risks of investing into Disney.

Its Disneyland business profits dropped into the negatives during the peak of Covid-19. Although it is recovering now, a prolonged pandemic would mean restricted admission into Disneyland and hence it will take a much longer time to bounce back to pre-Covid profits.

Other competitors like Amazon and Apple have also started to enter the market. However, this risk is relatively low as Disney has a very rich content library while newcomers need to build their content library up, giving Disney the edge.

Disney has been acquiring new intellectual property and integrating them well into its business. Since it is quite successful, it is a relatively low risk.

It fell by 15% in 2021, but does this mean it is attractive? I calculate the valuation by looking at all its businesses as they were in 2021. I do not assume the same for its Parks business as it currently is only receiving a fraction of its pre-Covid business. And once Covid-19 is over, it will likely experience a return to its pre-Covid levels of business.

With that, the valuation I derive is about a 28x Price-Earnings ratio (P/E ratio). This is not cheap as it is more expensive than Disney’s P/E ratio before Covid-19 which was just below 20. However, we must note that during Covid-19, Disney entered the highly valuable, sticky, and recurring video streaming business.

We can also find Disney’s valuation by looking at the valuation of its nearest competitors. Today, Netflix sells at 9.8x Price-To-Sales. If Disney achieves this valuation, it will have $92 per share.

For its Parks business, assuming it is pre-Covid, we can compare it to 6 Flags, its nearest competitor. 6 Flags’ P/E ratio averages at approximately 18x. This will translate to $47 per share for Disney.

For its Linear Network business, Broadcasting and Cable TV both have a forward P/E ratio of 25x to 26x. This will translate to $68 per share for Disney.

Adding these together will result in $206 for Disney’s valuation. Since Disney is selling at $157 today, I think it is quite attractive. I also provided a lower and upper end comparison below for your estimation.

Its DTC video streaming service is still in its infancy. Hence, it is still making losses. However, let us forecast to 2024. We will assume that its Parks business will grow about 5%, combating inflation. We will also assume that it will fully operate its 3 new cruise ships and that its DTC will grow from the Management’s guidance. These and the additional assumptions stated in the image above will give us a valuation of about $250 per share in 2024. This is a 60% upside.

My answer is: YES!

I like Disney especially given the price fall last year. The price fell because the new subscription rate has fallen behind expectations. However, I think this is only temporary and in fact gives us an opportunity to buy into Disney!

However, this is only my view! Before you decide to invest into Disney or any other company, do seek your financial advisor’s input first.

The information and opinions available in this presentation has been obtained from sources believed to be reliable and is for educational purposes only. Any past performance, projection, forecast or simulation of results is not necessarily indicative of the future or likely performance of any investment. The presenter accepts no liability whatsoever for any direct/indirect or consequential losses or damages arising from or in any connection with the use or reliance of this presentation or its contents. In order to make the best financial decision that suits your own needs, you must conduct your own research and seek the advice of a licensed financial advisor if necessary.

Know that all investments involve some form of risk and there is no guarantee that you will be successful in making, saving or investing money nor is there any guarantee that you may experience any lost when investing. The information herein is not intended for distribution to, or use by, any person or entity in any jurisdiction or country where such distribution or use would be contrary to law or regulation. If this publication has been distributed by electronic transmission, such as e-mail, then such transmission cannot be guaranteed to be secure or error free as information could be intercepted, corrupted, lost, destroyed, arrive late or incomplete, or contain viruses. Presenter does not accept liability for any errors or omissions in the contents of this publication, which may arise as a result of electronic transmission.

If you would like to seek advice on your personal investment portfolio, get in touch with me at heb@thegreyrhino.sg or 8221 1200, I would love to connect with you.

Stay updated with the latest news and insights, subscribe to my newsletter, and spread the word.